When Zita Bridgeborn, a twelve-year-old orphan, receives a letter from a scarecrow informing her that she is the sole heir to Blackbird Castle, the residence of a prominent family of witches, her world is turned upside down. Little does she know of the treachery that awaits her behind the walls of the cursed castle. Will she prevent the evil Magdeboor from coming back from the dead and bringing more wretched souls with her, or will she become the last of a long line of witches? You’ll have to read the story to find out.

Cinders and Sparrows is a suspenseful tale filled with magic and imagination. Zita is an endearing protagonist with a wonderful blend of sweet and sassy—someone readers can relate to. With a colorful cast of characters like triggles and fangores, it’s sure to enchant middle-grade readers. 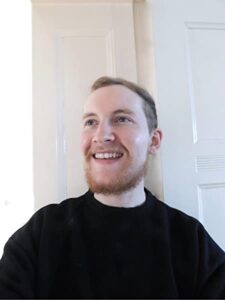 About the Author:
Stefan Bachmann was born in the United States but spent most of his childhood in a large old house in Switzerland. He graduated from the Zürich University of Arts with degrees in music composition and theory and is the bestselling author of several books for young readers, including The Peculiar, his debut, which was published to international acclaim when he was nineteen years old. He’s lived in Tokyo, Prague, Novi Sad, and Berlin. When he’s not writing, he’s hiking, biking, making music, or traveling to distant lands.
By Sherry Ellis|2020-10-13T07:52:41-04:00October 13th, 2020|Book Launch, Mo Reading|0 Comments