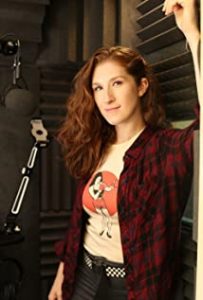 We’ve tried to bring all aspects of writing onto our site. We’ve had agents, editors, illustrators, and authors. Today, we are lucky enough to have an award winning (The Agony House, 2019 Earphones Award Winner) voiceover talent Jesse Vilinsky. With a degree in Theater from University of Southern California, Jesse’s voice has been showcased on TV, film, video games, and audiobooks. She took some time away from the microphone to answer a few questions.
Middle Grade Mojo: How did you get your start doing audiobooks? 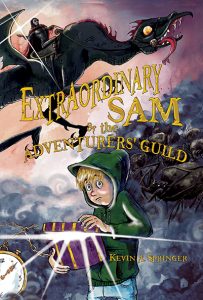 Jesse Vilinsky: Well, my family were actually the first ones to tell me to look into audiobooks. They are all avid audiobook listeners, especially my Aunt Andy. She really encouraged me to pursue them. From there, I went to a voiceover conference that had a track of workshops and panels geared specifically toward audiobooks. I applied everything I learned, and it really took off from there. I also had some great source material to hone my skills on (Extraordinary Sam ;P).
MGM: You do an amazing job with portraying characters in the story. What is the process for determining how each character’s voice?
JV: I do have a set of foundational voices that I start off with i.e. my “cool girl” voice, my “handsome guy” voice, etc. But I don’t just use those no matter what, but they are more of a jumping off point. I have to read the script before I record it and get a sense of the characters. I learn their physicality, their personalities, if they spent time in a foreign country, did their parents grow up somewhere else? Doing this, I get a sense of what my face and mouth physically do when I think of all those traits together and the voice comes from there. Also, sometimes when I read a character, a celebrity will pop into my head and I can use them as an archetype for the voice I create for that character. There’s really a lot more physically involved than you might think.
MGM: How much input do authors have in the final product?
JV: Honestly, once the audition/sample has been listened to and approved by the author, we (narrators and directors) generally take it from there. It’s our job to interpret and 3-dimensionalize the world the author has created. Depending on the genre, I will seek an author’s input on pronunciations, and maybe accent choices.
MGM: You have done many different genres, do you have a favorite?
JV: YA and Middle Grade are definitely my favorites, though Literary Fiction and Sci-fi are great as well. So long as there is a story with an underlying truth that is bursting to be told, I’m hooked.
MGM: What have been some of your favorite Middle Grade books that you have recorded? 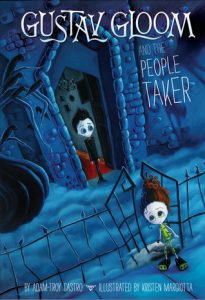 JV: I really enjoyed the Gustav Gloom series. The minute I got it, I felt like Tim Burton and Roald Dahl had a baby and I got to narrate it. Such a fun series. But I really love the more literary, slice of life pieces as well. After Zero was such a touching book about a little girl with Selective Mutism, which was something I had no understanding of before reading the book. I felt so privileged that I got to give the main character a voice, and go with her on that journey of finding it. And Extraordinary Sam and the Adventurer’s Guild will always have a special place for me – it was such a fun adventure, both in the writing and for me as a narrator, as it was my first project!
MGM: What other voice over work have you done?
JV: I work a lot in the realm of ADR (Additional Dialogue Replacement) and voice matching (where I am actually able to mimic and replace another actor’s voice, for various reasons) for film and television. I also perform in commercials and in video games (recently you can hear me as NPCs throughout The Division 2), as well as mobile apps, notably as Sandy in the Khan Academy Kids App.
—-
To check out other projects Jesse has worked on visit her website. Make sure to check out her social media (Twitter, Instagram, Audible).
By Kevin Springer|2020-04-12T09:05:24-04:00April 2nd, 2020|Mo Writing|0 Comments