The Wonder of Wildflowers by Anna Staniszewski

The Wonder of Wildflowers by Anna Staniszewski

We’re excited to feature Anna Staniszewski and her latest novel, The Wonder of Wildflowers in today’s Mo-books! 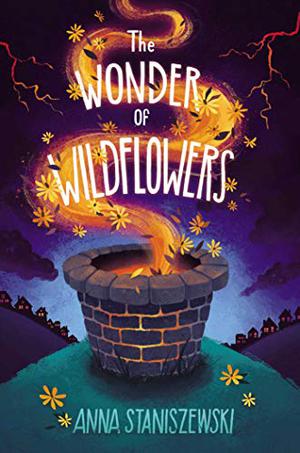 Middle Grade Mojo: Where did you get the inspiration for this story?

The Wonder of Wildflowers is by far the most personal project I’ve worked on. It’s about a young girl who is an immigrant in a country that’s closed itself off from the rest of the world in order to protect its most valuable resource, a magical liquid called Amber. The idea was inspired by my own experiences as a Polish immigrant, acclimating to life in what felt like a magical new land. When I first had the idea of writing a story inspired by my own experiences, I started off by trying to write it as realistic fiction, peppered with a bit of humor. But the genre and voice just weren’t working. Then it occurred to me that perhaps this land didn’t just feel magical to my protagonist—perhaps it really was magical. Once I knew that about the setting, the voice and plot fell into place pretty quickly.

Middle Grade Mojo: How long did it take from when you started writing until it was published?

I wrote the first draft of the book in 2016, and the manuscript was acquired by Simon & Schuster in 2017 and published in March of 2020. So all together, it took almost four years. When I think about it that way, it sounds like a long time, but I probably could have kept working on this story forever. It was an idea I really loved playing around with.

Middle Grade Mojo: What is your writing process?

The way I wrote this book was very unusual for me. I’m a very linear writer, usually. I start at the beginning and write all the way through until the end with a general outline to guide me. But this project came in random scenes: a snippet of Mira talking to her best friend or listening to one of her father’s lectures. I recorded some of them on my phone while I was driving and transcribed them later. Eventually, I had a bunch of random scenes and then I had to figure out how to put them together into a coherent story. Sometimes it really felt as though I was just channeling this story rather than inventing it. It was such a different process for me, and I was surprised by how much I enjoyed it!

Years ago, when I was struggling to get my first book published, a friend said to me, “Maybe this isn’t the book that’s going to do it. Maybe it’ll be the next one.” And I realized she was right. The worst thing I could do was put all of my hope and energy into one project. Instead, I needed to focus on the next book, because writing it was the only thing I could control. So that’s what I did. And my friend was right. The next book I wrote was the one that finally got published.

Middle Grade Mojo: Can you share a fun story from your writing journey?

I’m constantly amazed by the connections I’ve been able to make through my work—meeting readers during school visits and book events, and making lasting friendships with other writers. One of my favorite writer moments was the time a girl wrote to tell me that my book inspired her to make up with a friend she’d argued with. If that’s not a kind of magic, I don’t know what is!

About the Author: Anna Staniszewski is the author of over a dozen books for young readers, including Dogosaurus Rex, The Wonder of Wildflowers, and the Once Upon a Fairy Tale chapter book series. She was a Writer-in-Residence at the Boston Public Library and a winner of the PEN New England Discovery award, and she currently teaches in the MFA Writing for Children Program at Simmons University. Visit her at www.annastan.com.