Antonia may not be the most powerful wizard the world has ever seen, but she’s worked hard to win her place as apprentice to renowned sorcerer Master Betrys. Unfortunately, even her best dancing turnip charm might not be enough when Moppe the scullery maid turns out to be a magical prodigy. Now that Betrys has taken Moppe on as a second apprentice, Antonia’s path to wizarding just got a bit more complicated. 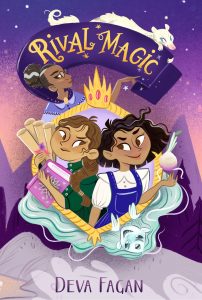 But when Betrys is accused of treason, Antonia and Moppe are forced to go on the run. To prove their master’s innocence—and their own—the rivals must become allies. As their island province teeters on the brink of rebellion, they’ll face ancient spells, vengeful mermaids, enchanted turnips, voice-stealing forests, and one insatiable sea monster.

“Full of fierce girls, fabulously fun magic, humor, and so much heart. I loved it!”—Stephanie Burgis, author of The Dragon with a Chocolate Heart and Kat, Incorrigible

“Fagan establishes a warm, complicated world where magic is an accepted part of life—there are sorcerers, merfolk, and sea serpents—though wielded by only a few. As the girls’ relationship shifts from wary rivals to begrudging allies and then to something much deeper, the intriguing story throws in enough twists to keep readers on their toes. A gorgeous fairy tale that touches on the benefits of cooperation and the beauty of discovering one’s own particular brand of magic.” (Booklist ) 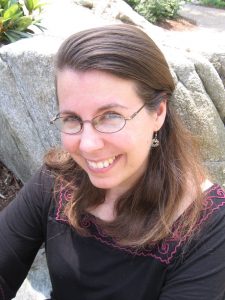 Deva Fagan writes fantasy and science fiction for kids, teens, and adults. She lives in Maine with her husband and her dog. When she’s not writing, she spends her time reading, doing geometry, playing video games, hiking, and drinking copious amounts of tea. She is the author of Rival Magic, Fortune’s Folly, The Magical Misadventures of Prunella Bogthistle, and Circus Galacticus. You can find her online at DevaFagan.com.