An Interview with Author of The Popularity Code, Stephanie Faris

An Interview with Author of The Popularity Code, Stephanie Faris

Middle Grade Mojo: Tell us about your latest book, The Popularity Code which is being released on April 28th.

Stephanie Faris: The Popularity Code focuses on an app called SlamBook, which allows students to anonymously post comments about each other online. Many of the comments are mean, which puts the main character, Faith, in a tough position. She figures out how to hack into the app and see who’s posting what, but she doesn’t know what to do with the information.

MGM: Online bullying is such a relevant topic for today’s middle-grade kids. What do you hope they’ll take away after reading your book?

MGM: Without giving away too much of the story, tell us who your favorite character in the book is and your least favorite and why.

SF: My favorite is always my main character. In this case, I really admire Faith’s determination to become a successful computer programmer. My least favorite is Janelle, the popular best friend. I started out rooting for her, but in the end, she’s half the person Faith is.

MGM: What challenges, if any, did you encounter when writing The Popularity Code?

SF: That’s easy! The biggest challenge was writing a story where most of the action happens online. I had no idea how challenging that would be. I had to find ways to describe what was happening through the characters’ reactions, rather than just showing what was on the screen.

MGM: Do you have any advice for authors who write middle-grade stories?

MGM: Are you working on anything else?

SF: I have three books in various stages of development right now: a spooky chapter book series and two middle-grade books. Fingers crossed on all three!

Mean Girls meets The Clique in this relatable M!X novel that tackles the effects of online bullying.

Faith Taylor is popular by association, thanks to her BFFs, Adria and Janelle. When a new website called SlamBook targets her school’s popular kids, Faith gets sucked in. And when she discovers her own page on the site, she finds herself obsessing over the comments people are posting about her. Some are good, some are…not so good. Faith becomes determined to match the negative comments to the people and begins to retaliate by posting negative comments of her own.

Soon, Faith finds that people are talking about the comments she’s leaving. Even though she does feel guilty, it’s just so easy to be mean behind the anonymity of her laptop. But when her comments go too far, she realizes she must figure out a way to make things right before it’s too late. 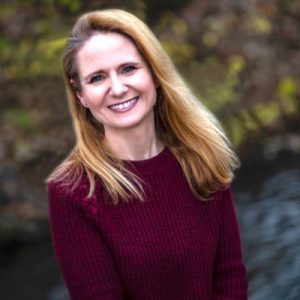 Stephanie Faris is the author of the middle-grade books 30 Days of No Gossip and 25 Roses, as well as the Piper Morgan chapter book series. When she isn’t writing books for children, she writes technology, finance, and business content for a variety of websites. She currently lives in her hometown, just north of Nashville. Visit her online at StephanieFaris.com.