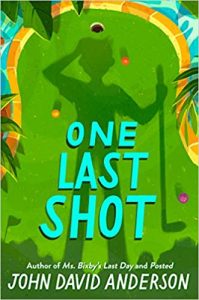 Twelve-year-old Malcolm Greeley is never lonely when he’s alone. He has a cast of characters sharing space in his brain. Creative, imaginative, smart, and painfully shy, Malcolm’s interior life is where he feels safe, unlike his attempts at sports. After three years of trying to play baseball, it’s apparent that Malcolm did NOT inherit his father’s athletic ability. He knows that his father is disappointed in him and wonders if that is one reason his parents aren’t getting along.

Then his dad takes him to play putt-putt. Malcolm enjoys the concept of planning your shot, measuring the angles, and gauging the velocity and he’s good at it. Malcolm beats his dad by ten strokes. Excited to see some athletic talent, his dad signs Malcolm up for a junior miniature golf tournament and hires Frank, an old high school buddy and ex-pro golfer, to be his coach. It’s hard to believe that Frank was ever a pro at anything with his dime store flip flops and pot belly, but Frank is exactly the coach that Malcolm needs. He not only teaches Malcolm putting, he teaches him how to gauge life. But no matter how good Malcolm gets at putt-putt, it doesn’t seem to be helping the tension at home.

Anderson does an amazing job of telling this story in eighteen holes of miniature golf. Each chapter starts with Malcolm at the big tournament and then segues into the backstory that got him to that point. Until finally in the seventeenth and eighteenth hole, past and present come together for a surprising finish. Does Malcolm win? I can’t tell you that, but I can tell you that you’ll be the winner if you read this book.

I highly recommend this humorous story of hope and holes-in-one, especially for the quiet kids who get picked last.

About the author: John David Anderson is the author of several MG novels including Ms. Bixby’s Last Day, and Posted. Learn more about him at www.johndavidanderson.org. 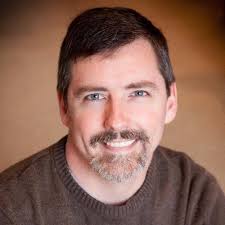 Don’t miss out on other great content from Middle Grade Mojo. Subscribe by entering your email in the form at the top of the page.