After living most of her twelve-years of life traveling around the world with her archeologist dad, Lola Bento is angry and frustrated to be staying with her Great-aunt Irma in San Francisco. She likes Irma just fine and San Francisco is okay too. But what is not okay is the fact that her dad is missing and no one is even trying to find him because they think he’s dead, but she knows in her heart that he isn’t. Lola decides it’s up to her to rescue him. All she has to do is get enough money to fly to Europe. Unfortunately, her plan for getting money gets her a broken arm and probation.

Having never stayed in any one place long enough to go to a real school, Lola finds herself in the awkward position of attending Redwood Academy. It doesn’t take her classmates long to realize that Lola is super smart in every subject except for how to navigate the social scene of middle school. A science competition opens the door for Lola to meet Jin and Hannah, two ultra competitive geeks who recognize a champion inventor in Lola. She agrees to team up with them on one condition, they help her solve the mystery of her father’s disappearance which she believes has something to do with a powerful, mythical stone.

Lola Benko, Treasure Hunter is the first in a new series by Beth McMullen, author of Mrs. Smith’s Spy School for Girls series. Fans that love the Indian Jones movies will enjoy Lola Benko. Recommended for ages ten and up. 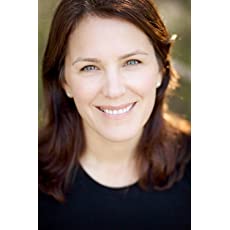