CLIQUE HERE launches today from Scholastic with rave reviews! It’s about a girl who uses science to become popular at her new middle school to avoid being bullied.

I asked Anna about her writing adventure.

What was your inspiration for writing?

I was very shy and awkward when I was in middle school, and I spent a lot of time wishing I had a magic formula that would make me popular. Thinking back to that time in my life gave me the initial spark of inspiration for CLIQUE HERE. I decided that instead of using a magic formula, I would have my chemistry-obsessed main character, Lily, use science to become popular. Armed with her “popularity formula,” she sets out to get in with the right crowd at her new school and–hopefully–protect herself from bullies.

What was your favorite part about writing it?

The thing I love most about mixing magic with the real world is that magic usually causes more problems than it solves. It turns out that trying to use science to fix your life works the same way! The more Lily uses science to transform herself into a popular girl, the more trouble she finds herself in. What was especially fun about this story was that the popular kids at her new school aren’t the jocks and cheerleaders you would expect–instead, they’re the smart science kids, just like Lily. It was interesting to invert the tropes we often see in stories about popularity and play around with the idea of what popularity actually is.

What’s one thing you’d like kids to take away after reading it?

What Lily discovers–and what it took me many years to learn when I was in middle school–is that everyone is struggling in their own way. Even the kids who seem to have it all together are often driven by their insecurities. You can’t necessarily control if you’re popular or unpopular, but you can control how you treat and accept others, and also how you treat and accept yourself. 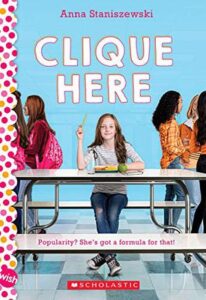 Born in Poland and raised in the United States, Anna Staniszewski grew up loving stories in both Polish and English. She was a Writer-in-Residence at the Boston Public Library and a winner of the Susan P. Bloom Discovery Award. Currently, Anna lives south of Boston with her family and teaches courses on writing and children’s literature at Simmons University. She is the author of over twenty books for young readers, including the novels Secondhand Wishes and The Wonder of Wildflowers; the picture books Dogosaurus Rex and Beast in Show; and the Once Upon a Fairy Tale chapter book series. You can visit her online at annastan.com. 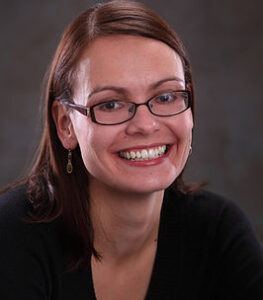