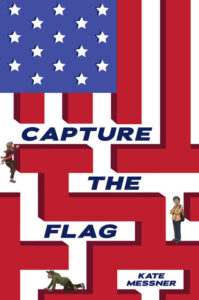 Capture the Flag by Kate Messner:  Capture the Flag celebrates the American flag and is a fun mixture of fact and fiction. Anna, José, and Henry have never met, but they have more in common than they realize. Snowed in together at a chaotic Washington, DC, airport, they encounter a mysterious tattooed man, a flamboyant politician, and a rambunctious poodle named for an ancient king. Even stranger, news stations everywhere have just announced that the famous flag that inspired “The Star-Spangled Banner” has been stolen! Anna, certain that the culprits must be snowed in, too, recruits Henry and José to help find the thieves and bring them to justice. But when accusations start flying, they soon realize there’s even more than a national treasure at stake. With unexpected enemies lurking around every corner, will the trio solve the heist before the flag is lost forever?  -DDA 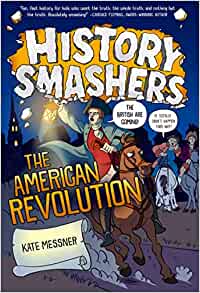 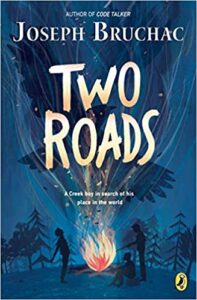 It’s 1932, and twelve-year-old Cal Black and his Pop have been riding the rails for years after losing their farm in the Great Depression. Cal likes being a “knight of the road” with Pop, even if they’re broke. But then Pop has to go to Washington, DC–some of his fellow veterans are marching for their government checks, and Pop wants to make sure he gets his due–and Cal can’t go with him. So Pop tells Cal something he never knew before: Pop is actually a Creek Indian, which means Cal is too. And Pop has decided to send Cal to a government boarding school for Native Americans in Oklahoma called the Challagi School.

At school, the other Creek boys quickly take Cal under their wings. Even in the harsh, miserable conditions of the Bureau of Indian Affairs boarding school, he begins to learn about his people’s history and heritage. He learns their language and customs. And most of all, he learns how to find strength in a group of friends who have nothing beyond each other. -SE