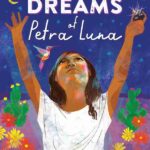 This fabulous historic novel is coming out September 14th, just in time for National Hispanic Heritage Month (September 15-October 15).  But this isn’t just a good Hispanic Heritage story, it’s a great story that tells the hardships that all refugees face, no matter what dangers they’re running from.

In 1913, the revolutionary war is raging in Mexico. Twelve-year-old Petra Luna’s father has been conscripted into the Federal army against his will and may never return. Petra’s mother had died in childbirth less than a year before leaving Petra with an infant brother to raise along with her six-year-old sister Amelia. Her grandmother, Abuelita, helps as much as her arthritic knees can manage, but the bulk of the work falls on Petra’s young shoulders.

When the Federales burn down Petra’s town, they’re forced to flee into the desert with nothing but the clothes on their backs. Thanks to Abuelita’s knowledge of desert life, they find the water-dense plants that keep them alive long enough to reach safety in a church.

While there, among the hundreds of refugees, Petra makes friends with Adeline, an American girl, who teaches Petra how to write her name. This small taste of literacy fuels Petra’s determination to go to school someday. However, her grandmother scoffs at her dream and tells her to accept her lot in life. Petra is angry that her that her beloved Abuelita doesn’t support her ambitions. This battle between the traditional ways and Petra’s desire to have a better life added depth and tension to this refugee survival tale.

Petra is one of the strongest and most courageous characters I’ve had the pleasure to meet in a middle grade novel. Her resilience and resourcefulness was inspiring even as I recoiled from the hardships that Petra and her family experience. The vibrant, realistic descriptions had me feeling every bleeding blister and gnawing, empty stomach.

Based on the true story of the author’s great-grandmother, this intense and terrifying journey of Petra and her family was hard to read, and yet, even harder to put down. Culturally rich, character-driven, and fast-paced, this is a must-read for historic fiction fans especially because of the unique setting of the Mexican revolution. 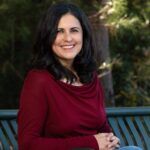