We are excited to announce the release of Jadie in Five Dimensions by Dianne Salerni. Her latest middle grade novel is a multi-dimensional, sci-fi triumph! Dianne shared a behind-the-story look at the creation of her latest book. 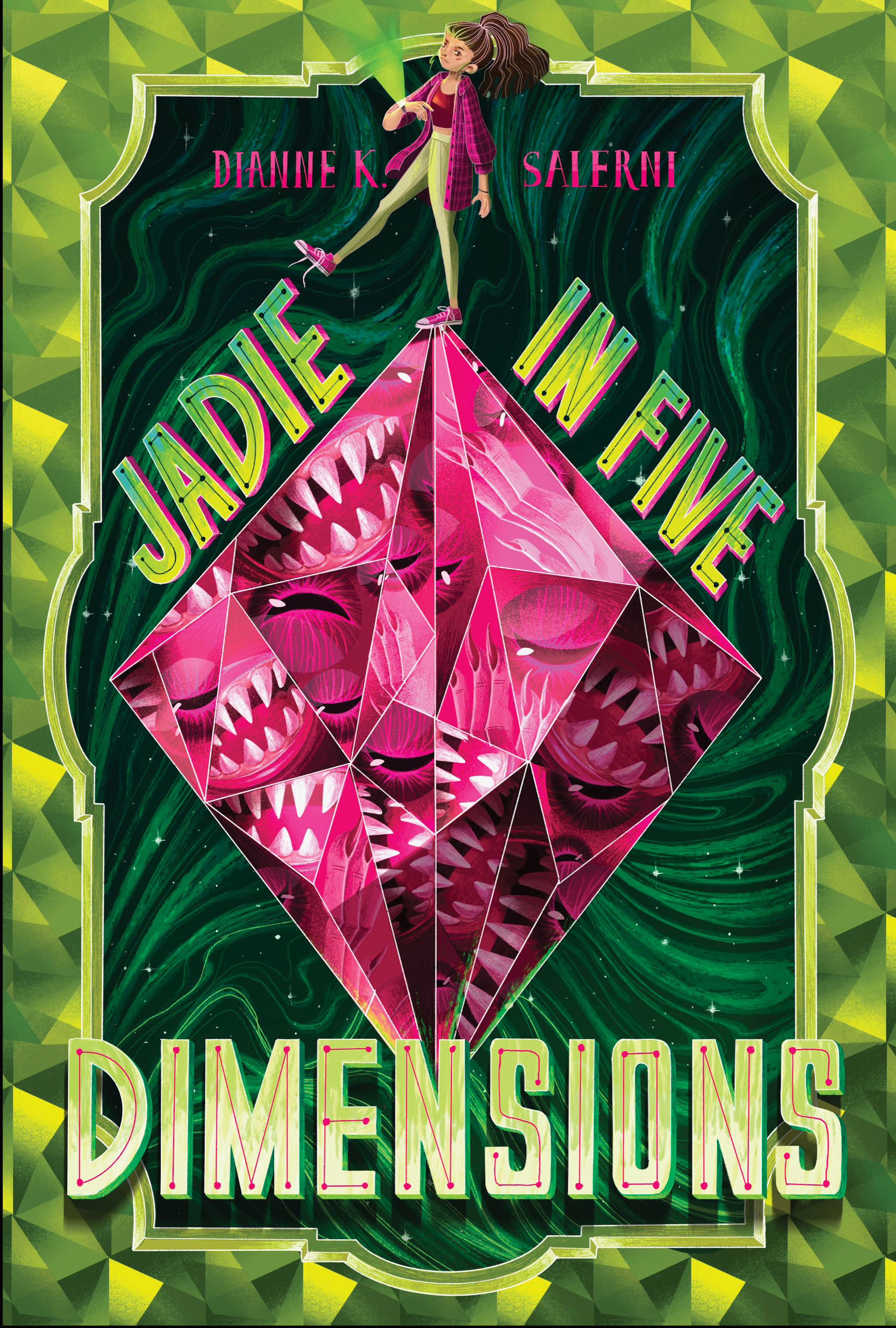 Behind the Geometry of JADIE IN FIVE DIMENSIONS

In my newly released sci-fi adventure, Jadie Martin is a 13-year-old girl serving as an Agent for beings from the fourth dimension. These beings, called Seers, rescued Jadie when she was an abandoned baby and placed her with a loving, adoptive human family. It’s all in a day’s work for the Seers, who regularly use their human Agents to tweak events on Earth in order to guide our planet toward a brighter future. Agents might be asked to close a fence in Thailand, use the Heimlich maneuver on a man in Minnesota, or throw a woman’s bag into traffic in Cincinnati – seemingly random events which will have a cascading, butterfly effect on humanity.

Unfortunately, the Seers are liars, which Jadie discovers when she accidentally learns that her birth parents didn’t abandon her. She was stolen. Who the Seers really are and what they want are the central questions of my novel. But today I’m going to talk about the geometry behind the story.

You may recall from school that a single geometric point is an object of zero dimensions, while a line is one-dimensional. A square has two dimensions; a cube has three. What you may not have been taught is that a four-dimensional version of a cube is called a tesseract. That’s right. Madeleine L’Engle’s tesseract, except it’s not a wrinkle in time after all. The term was coined in 1880 by mathematician Charles Howard Hinton, along with ana and kata, words describing the extra directions to move in four-dimensional space.

In my story, human Agents are able to use the fourth dimension as a short-cut means to travel anywhere on Earth and complete their missions for the Seers. Agents are lifted kata out of three-dimensional space and placed ana back into it, crossing thousands of miles in seconds. How is this possible? Imagine a maze on a sheet of paper and placing your pencil at the starting point. If you play by two-dimensional rules (behaving as if the lines are barriers) it will take some time for your pencil to reach the exit. However, if you lift your pencil off the two-dimensional space and move it directly to the exit, it will only take a second. It’s the same for a human lifted out of 3-space. 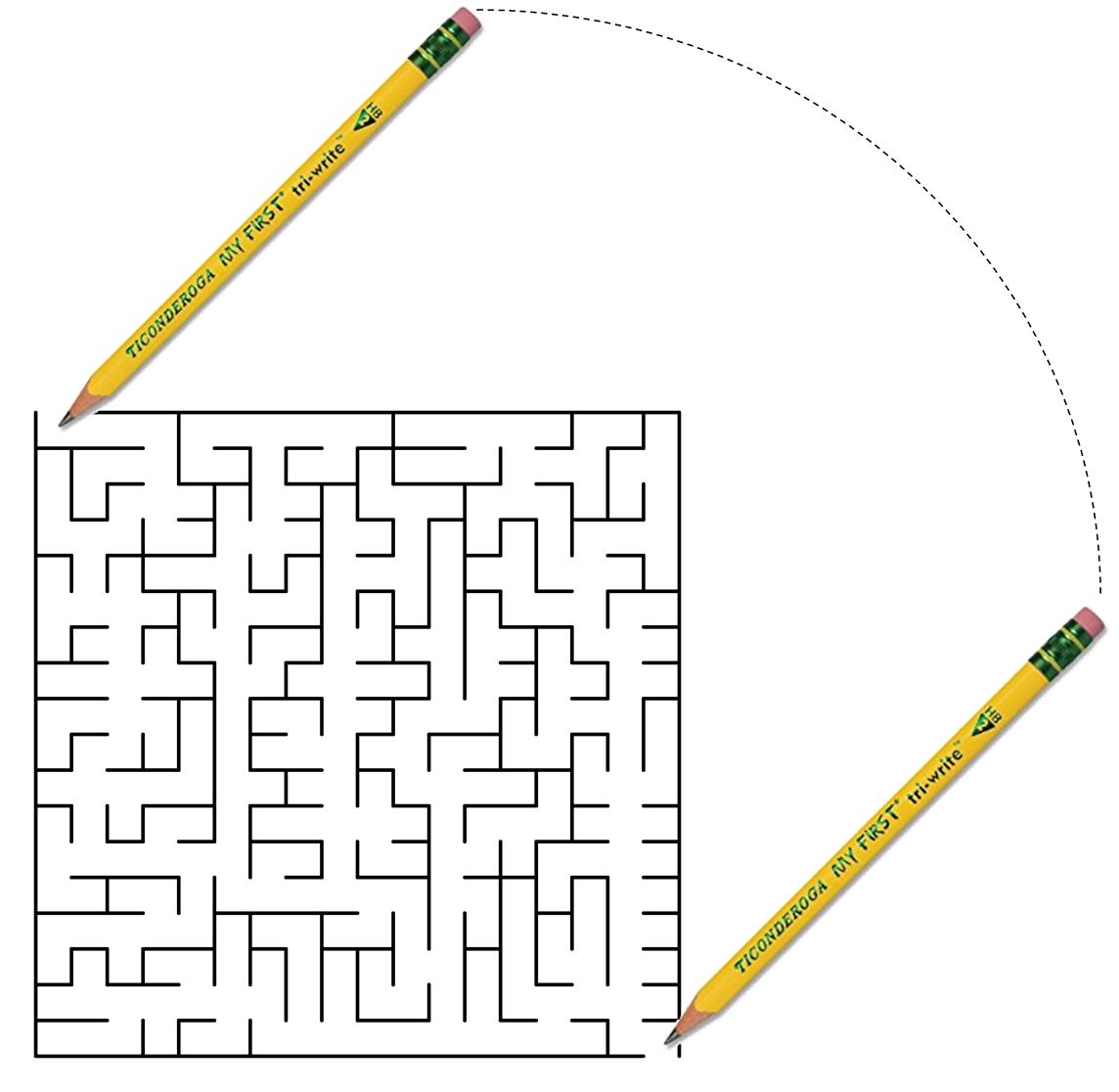 Mathematicians have lots of other theories about the fourth dimension that I stole – er, I mean borrowed for my story. Sound waves may move differently, and 3-D knots will come untied. Humans would only be able to see cross-sections of four-dimensional objects, so that in my story, the Seers appear as disembodied fingers, teeth, and eyeballs. I did my best to make the fourth dimension a place so strange and dangerous that when Jadie accidentally falls into it (psst: it’s no accident!), she’s forced to fight a giant, furry cockroach with teeth for her life!

Thanks, Middle Grade Mojo, for this opportunity to share a behind-the-story glimpse of JADIE IN FIVE DIMENSIONS. As for readers, please fasten your seatbelts for the bumpy ride into 4-space!