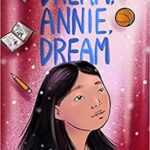 What a coincidence that I just finished reading Dream, Annie, Dream in which the University of Kansas Jayhawks win the NCAA championships in 1988, and the Jayhawks soared through March Madness to win again this year!

Seventh-grader Annie and her dad are big fans of the Jayhawks, partly because her dad is a math professor at the University of Kansas and partly because Annie loves to play basketball. Even though she’s barely five feet tall and unlikely to grow much bigger, Annie dreams about playing in college.

Annie, whose real name is “Aoi”, is also a talented singer and actor. She loves participating in the local theater productions, but she doesn’t get cast in the lead parts because she’s Japanese American. In the 1980s, there weren’t a lot of roles for Asians. In spite of that, she dreams of being on Broadway someday.

It’s impossible not to admire Annie.  She’s spirited, optimistic, hard-working, and loyal. But middle school is a tough time  and Annie has to deal with a faltering best-friendship, first unreciprocated crush, and the reality of what opportunities are actually available for an Asian in Kansas. She’s determined to remain true to herself even when it would be much easier to be what people expect her to be.

Even though I know Annie is a fictional character, I hope she grew up to be an optimistic adult and kept striving for her dreams. 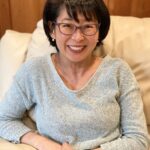