This month our Mojo picks feature stories that travel to fantasy worlds. Unleash your inner child and check out these great reads:

Extraordinary Sam and the Adventurers’ Guild by Kevin Springer:  Sam is an ordinary boy with an ordinary life. Or so he thinks. When he goes into an old barn and finds a hatbox, all that changes. He is transported into another place where he has to battle pirates, tribal warriors, spiders, and ultimately face an evil villain. He soon learns that he is far from ordinary and that although he doubts his abilities, he still has what it takes to do amazing things.

This fast-paced, imaginative story is perfect for middle-grade readers who love adventure.  -SE 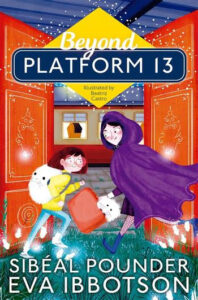 Beyond Platform 13 by Sibeal Pounder:  Return to the Island of Mist in this loving tribute to Eva Ibbotson’s classic The Secret of Platform 13. The story picks up years later when the Island is under siege by harpies and Odge Gribble and Prince Ben are in hiding. Desperate to find out why the mist that protects the island is disappearing, Odge travels to Vienna, to find a mistmaker expert and brings Lina back by mistake. They join forces with a few new friends to discover the secret of the mist and save the Island.

I love how this adventure will bring new readers to Eva Ibbotson’s wonderful books. -LB

Keeper of the Lost Cities by Shannon Messenger:  In this middle-grade novel, the reader travels to a fabulous, fantasy world full of surprising creatures, amazing places, and people with magical abilities. Sophie never felt like she belonged in normal life, and now she must leave everything she’s ever known to travel to this hidden world where she will be with people like her. The reader explores all the wonder and challenges of this new life along with Sophie as she learns how to use her telepathy. The characters are well-drawn out and relatable. Although some problems are unique to her world, Sophie also has everyday problems kids can relate to such as school drama and teen crushes. It’s a world worth visiting, and happily, there are eight books in the series, so you can stay in this hidden world for many hours of enjoyable reading. -DDA 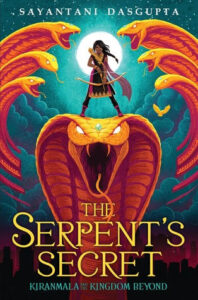 The Serpent’s Secret by Sayantani Dasgupta:  Kiranmala thought she was a typical middle-schooler in New Jersey. Sure, her parents were a bit odd and seemed obsessed with tales of Indian princesses. They believed she was a princess but didn’t all parents think their daughter was special? On her twelfth birthday, the monsters of her parents’ stories burst into Kiran’s kitchen. Two princes on winged horses come to save her. And her parents are missing. Maybe their stories weren’t fairy tales.

Spirited, sassy, courageous Kiran follows the princes into another dimension to save her parents. She finds much more than she bargained for including her real father, a serpent king.

Exciting and fun with riddles and mysteries to solve and danger around every corner. I really enjoyed learning about Indian mythology too. -KZ

Gregor the Overlander by Suzanne Collins:  This irresistible novel by Suzanne Collins tells the story of a boy who embarks on a dangerous quest in order to fulfill his destiny — and find his father — in a strange world beneath New York City.

Gregor the Overlander joins the Scholastic Gold line, which features award-winning and beloved novels. Includes exclusive bonus content! When Gregor falls through a grate in the laundry room of his apartment building, he hurtles into the dark Underland, where spiders, rats, cockroaches coexist uneasily with humans. This world is on the brink of war, and Gregor’s arrival is no accident. A prophecy foretells that Gregor has a role to play in the Underland’s uncertain future. Gregor wants no part of it — until he realizes it’s the only way to solve the mystery of his father’s disappearance. Reluctantly, Gregor embarks on a dangerous adventure that will change both him and the Underland forever. -KS