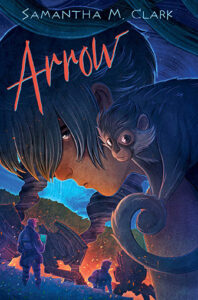 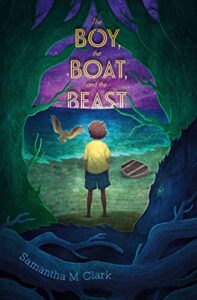 Also by the author.

From the author of The Boy, the Boat, and the Beast comes a lush and timely tale about a boy who’s grown up as the only human in an enchanted rainforest and what happens when people from the outside world discover his home.

For the first twelve years of Arrow’s life, he has grown up as the only human in a lush, magical rainforest that’s closed off from the rest of the world. He was raised by the Guardian Tree, the protector of the forest, which uses the earth’s magic to keep it hidden from those who have sought to exploit and kill it. But now the magic veil is deteriorating, the forest is dying, and Arrow may be the only one who can save it.

Arrow has never seen another human until one day, a man in a small airplane crash-lands in the forest. Then, a group of children finds their way in, escaping from their brutal, arid world where the rich live in luxurious, walled-off cities and the poor struggle for survival.

The Guardian Tree urges Arrow to convince the trespassers to leave by any means necessary. Arrow is curious about these newcomers, but their arrival sets off a chain of events that leave him with a devastating choice: be accepted by his own kind or fight to save the forest that is his home.

“Narrated by an ancient tree who counts years as rings and feels the emotions of forest creatures in her roots, Arrow is a richly-imagined fable about the need to connect with people of divergent tribes…and thereby heal a wounded planet.  Clark blends fantasy and science into a lush and timely tapestry that enlightens and enchants.”

This is a captivating read that kept me turning the page, hopeful for what Arrow was trying to accomplish and dreading what the humans would do to this beautiful forest. It made me want to go outside and listen to what the trees were trying to tell me! Kids are going to love this and hopefully, will be inspired to be advocates for nature. – Lisa

About the author: Samantha M Clark has always loved stories about ordinary people in extraordinary circumstances. After all, if four ordinary brothers and sisters can find a magical world at the back of a wardrobe, why can’t she? While she looks for her real-life Narnia, she writes about other ordinary children and teens who’ve stumbled into a wardrobe of their own. In a past life, Samantha was a photojournalist and managing editor for newspapers and magazines. She has lived in a land of rainforests, the land of the Queen, two Caribbean islands, and now lives with her husband and two funny dogs in Austin, Texas (the land of the weird). Samantha is the Regional Advisor for the Austin chapter of the Society of Children’s Book Writers & Illustrators and explores wardrobes every chance she gets. Visit her online at www.SamanthaMClark.com 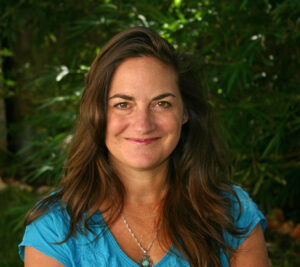 About the Author: Lisa Lewis Tyre