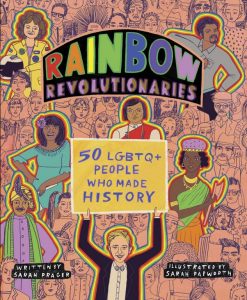 Alan L. Hart (1890-1962) was a leader in the field of medicine. He pioneered the use of the new x-ray technology to diagnose tuberculosis which was the number cause of death at the beginning of the 20th century. His innovative test meant tuberculosis could be diagnosed early enough to save patients’ lives. The death rate dropped dramatically after his method became standard. Alan was also the first person in the United States to have gender affirming surgery. Assigned a female at birth, Alan had the surgery and was able to legally change his name in 1918.

Alan is just one of fifty LGBTQ+ people profiled in this truly diverse book. Coming from all parts of the world and throughout history, these praise-worthy people have contributed to culture and society as leaders, lawyers, scientists, doctors, performers, astronauts, athletes, artists, and activists. Also included is a glossary of terms and a chart of LGBTQ+ flags and symbols in colorful illustrations by Sarah Papworth.

Rainbow Revolutionaries releases on May 26, 2020. You can order your copy here.

Sarah Prager’s first book Queer, There, and Everywhere:23 People Who Changed the World  (May 2017) received three starred reviews and was a Junior Library Guild selection and was named Best Book for Teens 2017 by New York Public Library and Chicago Public Library. 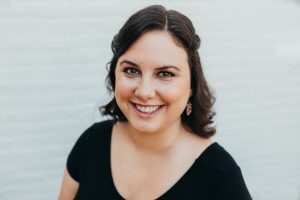 Don’t miss out on more great content from Middle Grade Mojo. Subscribe by entering your email in the form at the top of the page.