Curtis Pith is a culinary genius and he’s only in the 5th grade. He has learned almost everything he knows from the best cooking show ever, Super Chef, which features the best chef in the world, Lucas Taylor, who also happens to be Curtis’s father, except no one knows that. Curtis only knows because his mom let it slip a few years ago, but Curtis hasn’t told anyone, not even his little sister Paige or his best friend Tre.

When Super Chef announces a new contest for kids, Curtis is determined to win. Not just for the $250,000 prize that would be enough to buy a house for his mom and sister, but because he wants to meet his father in person.

Curtis’s audition video is good enough to get him a spot on the reality television competition show with four other kid chefs. Curtis realizes quickly that winning isn’t going to be easy because they are just as good as he is, if not better. The other contestants have distinct personalities and motivations in a way that was similar to Charlie and the Chocolate Factory.

The extreme cooking challenges that Curtis and the other contestants face are grueling and intense. With plenty of detail about ingredients and cooking techniques, young gourmands are going to eat this up. But even if you’re not interested in cooking, the fast-paced action is spellbinding.

I was fully vested in Curtis and his goal of winning the competition because he is motivated by his desire to provide some financial security for his family. He sees how hard his mother works, but money is always tight and paying the rent is always a challenge. The additional conflict of not knowing his father spices the story up and adds even more tension.

I highly recommend that you order up a serving of The Last Super Chef. It’s a delicious cooking adventure that was as heartwarming as it was exciting. 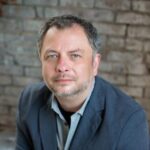 Don’t miss out on more great content from Middle Grade Mojo. Subscribe by entering your email at the top of the page!