Happy book birthday to Alysa Wishingrad and her debut novel The Verdigris Pawn.

Beau is the heir to the Land, and because of his importance, he is kept in his apartments to protect him from any danger including the deadly fever that has spread through the guards’ barracks. His only activities are horseback riding and studying The Histories to prepare him to be the next leader. Beau’s angry, demanding father, known as “Himself”, doesn’t bother to hide his disappointment in his quiet, meek son.

Normally compliant, Beau secretly plays the illegal game of Fist with his riding instructor Fledge using the board and game pieces that he found in his mother’s room after she died. Himself made the game illegal because the premise is to unseat the king using a verdigris pawn. Beau can only imagine how angry Himself would be if he found his own son playing this treasonous game.

Beau’s father leaves for a few days to meet with allies to prepare for a suspected rebellion, leaving Beau under the care of his father’s second-in-command, Barger, who is even more ill-tempered and cruel than his master.  Barger discovers Beau’s illegal Fist game and steals Beau’s verdigris pawn to use as blackmail.

Beau rushes off to the stables to tell Fledge and meets a girl named Cressie. It’s clear to Cressie that Beau has been completely sheltered and is clueless about what is actually happening in the Land. She shows Beau the Mastery House, a workhouse for children who have been taken from their parents in lieu of taxes. The cruelty shocks Beau and he decides to find out for himself what is really happening in the Land. He meets up with Nate, a Mastery House-runaway and they set out to find the leader of the rebellion.

Cressie is more than a Mastery House kid, she has special healing powers that supposedly had been eradicated during the war. With her magical abilities, Nate’s street-wise skills, and Beau’s Fist strategies, the three tweens are determined to right the wrongs. But who can they trust? It seems that power corrupts the good and the bad equally. It will take more than just luck or courage to succeed and lots of peoples’ lives depend on them.

This story makes a strong statement about the corruption of power in leadership positions and how easily a society can become inequitable because of that greed. The tween characters are strong, courageous, and resourceful, but are also flawed which leads them to the brink of disaster many times. With its high stakes and a fast pace, young readers are going to fly through this book cheering on our reluctant hero Beau and his friends. Highly recommended for ages 10 and up. 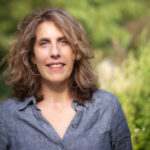